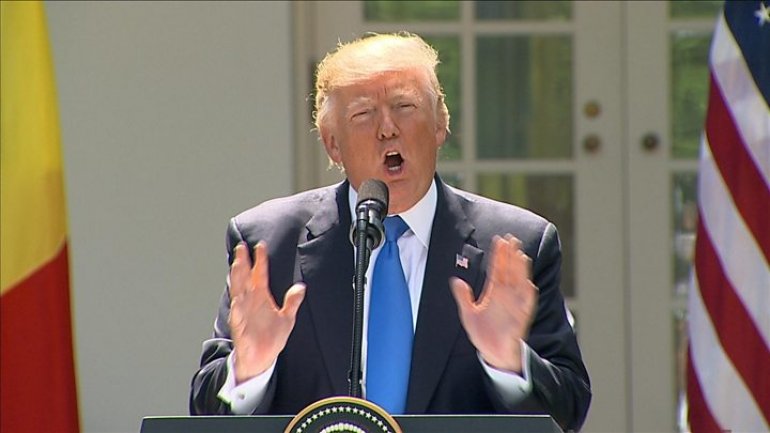 US President Donald Trump says he is "100%" willing to speak under oath about his conversations with ex-FBI chief James Comey, BBC reports.

Speaking at the White House, he denied having asked for Mr Comey's loyalty or for an inquiry into a former White House aide to be dropped.

"James Comey confirmed a lot of what I said, and some of the things he said just weren't true," Mr Trump said.

Meanwhile, a congressional panel asked for any tapes of their conversations.