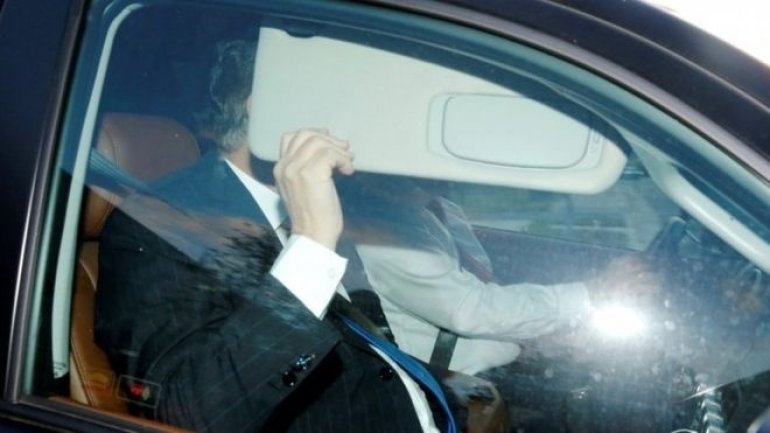 The former manager of Donald Trump's presidential campaign, Paul Manafort, is to face charges related to an inquiry into alleged Russian election meddling, US media report.

He was seen arriving at an FBI office in Washington with his lawyer early on Monday.

The investigations into Russian interference in the US election, and whether the Trump campaign colluded with the Kremlin, continue to deliver daily developments and drama worthy of anything seen in House of Cards.

There are several ongoing investigations into the Trump campaign's ties with Russia, and reports of imminent arrests.

Both sides deny any collusion.

Mr Mueller's team is known to have conducted extensive interviews with several current and former White House officials as part of the inquiry.

One of Mr Manafort's business associates, Rick Gates, has also been ordered to surrender to authorities, according to the reports.

Mr Manafort and Mr Gates are accused with thirty-one pages of federal charges.

The indictment contains 12 counts: conspiracy against the United States, conspiracy to launder money, unregistered agent of a foreign principal, false and misleading FARA statements, false statements, and seven counts of failure to file reports of foreign bank and financial accounts

He resigned as chairman of the Trump campaign in August 2016 after being accused of having links to a pro-Russian political party working in Ukraine. He denies any wrongdoing.

Mr Manafort was also present at a meeting with a Russian lawyer who promised damaging information on Mr Trump's rival Hillary Clinton.

US intelligence agencies have already concluded that the Russian government sought to help Mr Trump win the election.

But President Trump has strenuously rejected allegations of collusion, calling the investigation a "witch hunt".