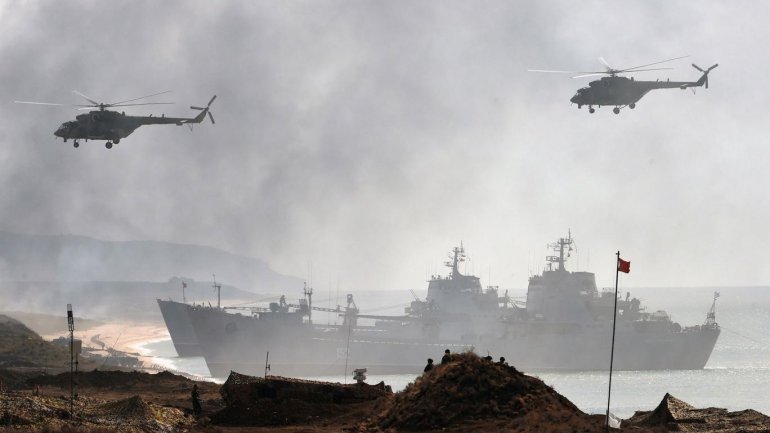 Donald Trump is "actively reviewing" the possibility of sending lethal defensive weapons to Ukraine after the country's president said at least 3,000 Russian troops were now on its soil, America's defence secretary has said.

James Mattis said the US "stands with Ukraine" at a joint press conference with Ukranian President Petro Poroshenko.

Mr Mattis said Washington would continue to put pressure on Russia over what he called its aggressive behaviour, but stopped short of promising to provide lethal weapons to Kiev.

He said Russia has not abided by the Minsk ceasefire agreement meant to end separatist violence in eastern Ukraine.

“Despite Russia's denials, we know they are seeking to redraw international borders by force, undermining the sovereign and free nations of Europe,” he told reporters.

Mr Mattis's visit, timed to coincide with Ukrainian Independence Day, is the second high-profile show of US support in as many months, after US Secretary of State Rex Tillerson came to Kiev in July.

Ukraine has counted on US support against Russia since a pro-Western government took power following street protests in 2014 when the Kremlin-backed president fled the country.

But some of President Donald Trump's comments during the election campaign last year, such as appearing to recognise Crimea as part of Russia, stoked fears in Kiev he might mend ties with Moscow at Ukraine's expense.

Kiev wants the US to supply lethal defensive weapons to Ukraine—a move the previous administration under Barack Obama shied away from.

“On the defensive lethal weapons, we are actively reviewing it, I will go back now having seen the current situation and be able to inform the Secretary of State and the President in very specific terms what I recommend for the direction ahead,” Mr Mattis said.