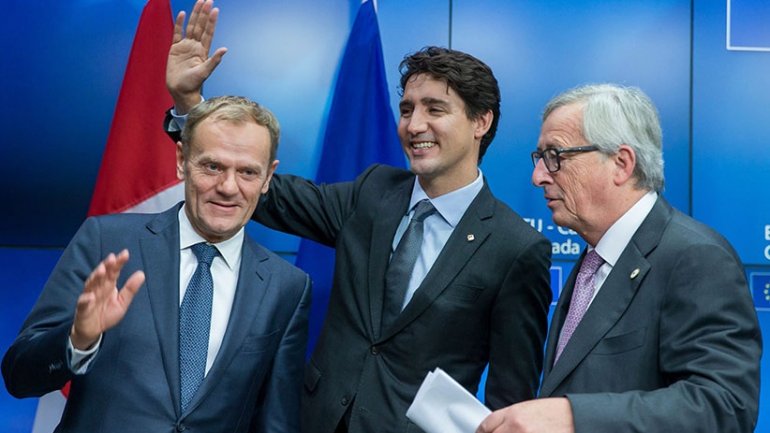 Canadian Prime Minister Justin Trudeau said on Thursday that the whole world benefited from a strong European Union and that the bloc and his country needed to lead the international economy in challenging times.

Trudeau told the European Parliament that the Union was an unprecedented model for peaceful cooperation in a speech that marked his distance from both the United States under new President Donald Trump, who has questioned the value and future of the bloc, and from Britain, which has voted to leave it.

An effective European voice on the global stage was not just preferable, but essential, Trudeau said.

"You are a vital player in addressing the challenges that we collectively face as an international community," he told EU lawmakers a day after they backed an EU-Canada free trade deal. "Indeed the whole world benefits from a strong EU."

Trudeau, who will also visit Germany, said that Canada and the European Union shared a belief in democracy, transparency and the rule of law, in human rights, inclusion and diversity, writes Reuters.
AFLĂ imediat Știrile Publika.MD. Intră pe Telegram