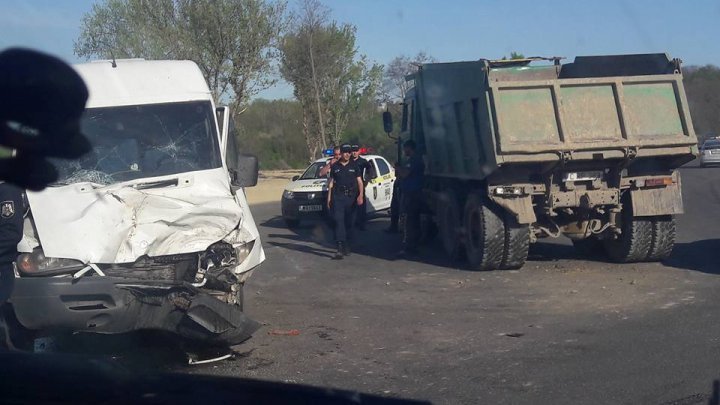 Nine of ten people hospitalized following accident around Vatra village have been discharged.

A child of 10 years old is still under the supervision of doctors.

According to the police, the accident occurred when truck hit a minibus Chisinau - Străşeni as coming out to the road. The passengers in the bus were hospitalized after that.

"We're going to examine the video and make decision according to the law", said Natalia Trati, press officer of the Capital Police.

The guilty driver will be punished according to the severity of the injuries caused to the victims.