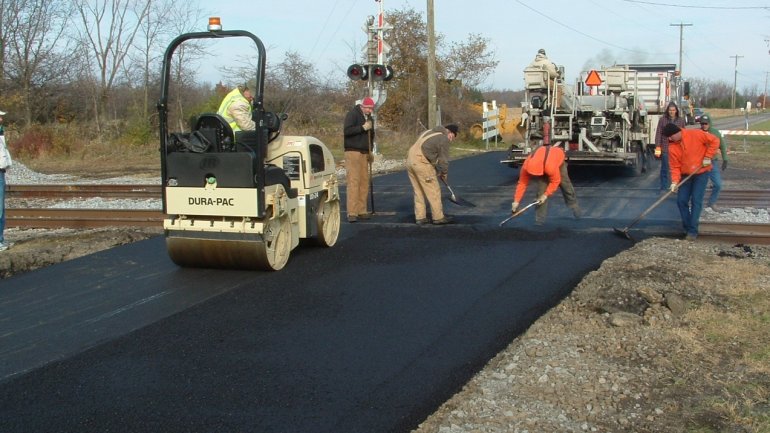 Despite the fact that the road was just fixed, the workers need to take out the asphalt and redo it once again. This incident took place in Blati, after the workers of the municipal Construction Company realized that they have forgotten to insert drains for rainwater.

At the same time, the employee decided to decorate a parking spot with flowers, due to not having enough money to fix it. This situation displeased both the drivers and the people who live nearby.

The repair works on the Strâi Street started back in spring. A month before being given into exploitation, the first problems began.

“They haven’t taken into account the technology and now the asphalt has to be taken out and laid once again. Have you seen how many puddles were formed as a result of rain after they finished fixing the road?”

“Why is it happening? It’s nothing but a joke, a fraud.”

“They should have thought it through before beginning the work. They never included a draining system, as if this road was made to serve only a day or a year. A waste of both time and money.”

People who live nearby are complaining about lack of parking spots after some modifications in the project.

“It is a constant argument. You can neither enter nor exit with a car. Why are they claiming that there is not enough money for parking spots? When this place was created for this purpose.”

“Is this done for or against the people living in this 10 story block? What are they planning to do with this parking lot, with this place?”

The company’s workers claim that they are only doing what they were told by the superiors. Some were even offended when asked why the asphalt, laid only a week before, was being remade.

No representative from the Balti city hall was found for commentaries.  The repairing work for this road with the length of almost 2 km made a dent in the local budget of nearly 2.8 million lei.