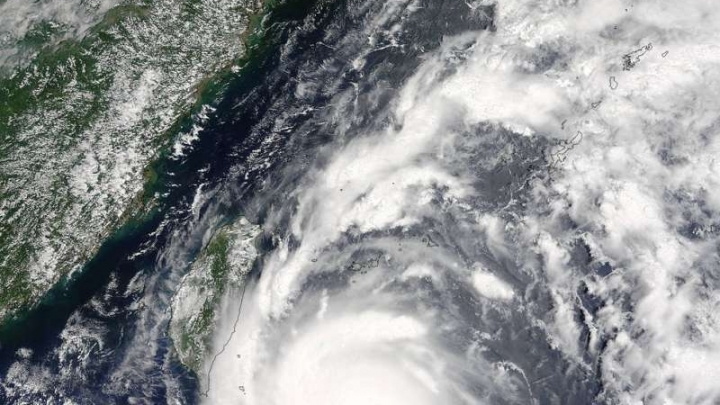 Powerful tropical cyclones like the super typhoon that lashed Taiwan last week and then flooded parts of China are expected to become even stronger as the planet warms. That trend hasn't become evident yet, but it will, scientists say.

So far, the warming effects of greenhouse gases on tropical cyclones have been masked, in part by air pollution.

Over the past century, tiny airborne particles called aerosols, which cool the climate by absorbing and reflecting sunlight, largely cancelled out the effects of planet-warming greenhouse gas emissions when it came to tropical storm intensity, according to a new scientific review paper published this week in the journal Science. That might sound like a good thing, but many of those particles came from the burning of fossil fuels and wood, and contributed to acid rain, smog and lung damage. As vehicles and power plants added filters and scrubbers to reduce their impact on human health, levels of man-made aerosols in the atmosphere began to decline. At the same time, greenhouse gas concentrations continued to rise.

That compensating effect won't continue if greenhouse gas warming keeps increasing, the scientists write. Using model simulations, they provide new calculations of the cancelling effects of aerosols and greenhouse gases on tropical cyclones worldwide. They also take a closer look at the still-developing understanding of how climate change will affect tropical cyclones, also known regionally as typhoons or hurricanes.

"The fact that global warming's fingerprints don't yet jump out at us when we look at hurricanes isn't surprising - it's what current science tells us we should expect," said lead author Adam Sobel, a professor at Columbia University's Lamont-Doherty Earth Observatory and School of Engineering. "The same science tells us that those fingerprints will show up eventually in more ultra-powerful storms."

You can read more at Phys.org.