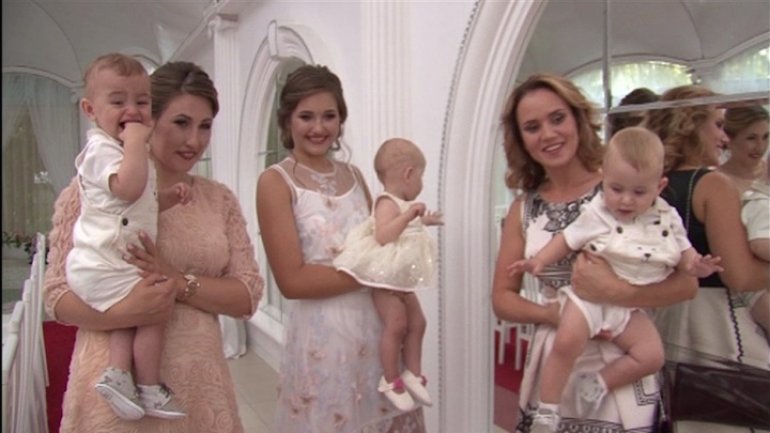 Triplets of the Oprea family in Balti celebrated their first birthday on Sunday. Sergiu, Victor and Sofia received many gifts and enjoyed their nice party.

The representatives of Vlad Plahotniuc's Foundation "Edelweiss", who stood by little ones from the first days of their lives, were also invited.

The arrival of  Sergiu, Victor, and Sofia brought the happiness to everybody, their father is not an exception.

"God has given me such wonderful gifts, l never miss a day at home. We're glad to see them anytime anywhere", said the triplets' father, Sergiu Oprea.

"Even though we have to stay up late or experience sleepless nights, everything's just joyful!" said the triple mother, Irina Oprea.

Vlad Plahotniuc's "Edelweiss" Foundation's representatives say they have long waited this day with the Oprea family.

"We're very gratifying with this invitation. Oprea family trips are our beneficiaries and we are glad to be with them at such important moment in their lives," Edelweiss Foundation Executive Director Lidia Cucos said.

In the sixth edition of the "Edelweiss" Gala, which took place last year, the Oprea family received several gifts for babies during the "New Life" campaign.

"Of all the mothers who gave birth at the beginning of the New Life campaign, you are the first to bring triplets."

In the same campaign of the Edelweiss Foundation, the mothers who gave birth at Institute of Mother and Children received a newborn baby box.