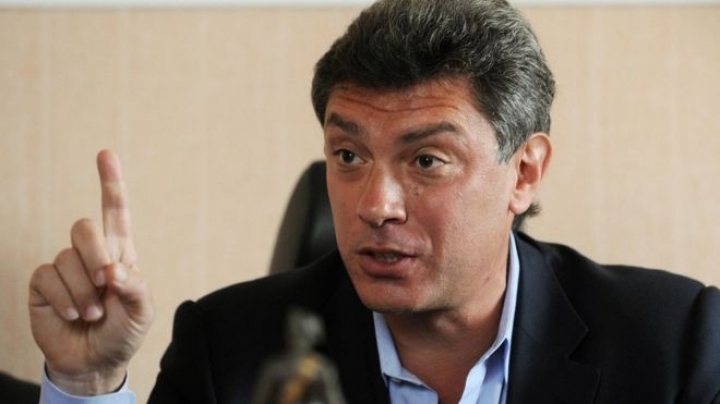 Five men accused of involvement in the killing of Russian opposition politician Boris Nemtsov have gone on trial at a military court in Moscow, reports BBC.

A former deputy prime minister who became a vocal critic of President Vladimir Putin, Nemtsov was shot dead last year near the Kremlin.

The defendants - all Chechens - were allegedly promised cash to kill him. All deny the charges.

His relatives fear whoever ordered the killing will never be found.

A Nemtsov family lawyer told the court the investigation was neither objective nor complete, pointing to a lack of video evidence despite the crime happening close to one of the most famous landmarks in Russia.

Tight security was in place as the trial began, with the suspects led into court by armed police wearing balaclavas.

Nemtsov, who was 55, served as first deputy prime minister under President Boris Yeltsin in the 1990s.

But after falling out of favour with Yeltsin's successor, Mr Putin, he became an outspoken opposition politician, attacking the government over the economy, corruption and its involvement in Ukraine's war.

Prosecutors say Zaur Dadayev, once a member of an elite Chechen military unit, was the gunman, firing six shots. He is also described as the group's leader. His cousin Anzor Gubashev is said to have been driving the getaway car.

Another suspect, Beslan Shabanov, was also said to be in the car, but later died as he was detained in Chechnya. These three are accused of carrying out surveillance of Boris Nemtsov.

Another three men, Ramzan Bakhayev, Tamerlan Eskerkhanov, and Shagid Gubashev, who is Anzor's brother, were not at the murder scene, but prosecutors say they handled the weapon and were accomplices in organising the crime.

On what was to be his last night alive Nemtsov had been on a liberal radio station, calling on listeners to join a protest rally at the weekend.

He was shot in the back late at night crossing a bridge a few hundreds meters from to the Kremlin, Russia's iconic government building, dying on the spot.

The site is still marked with flowers in his memory.

President Putin called the murder "vile and cynical" and vowed that those responsible would be held to account.

The accused are said to have had Nemtsov under surveillance for months.

The suspect that investigators say carried out the killing, Zaur Dadayev, was an officer under the command of pro-Moscow Chechen leader Ramzan Kadyrov.

Russia has seen several killings of high-profile politicians and journalists.

But the country has a long history of prosecuting alleged hit-men and then failing to follow the chain of command upwards to discover who ordered the murder or why, our Moscow correspondent Sarah Rainsford says.