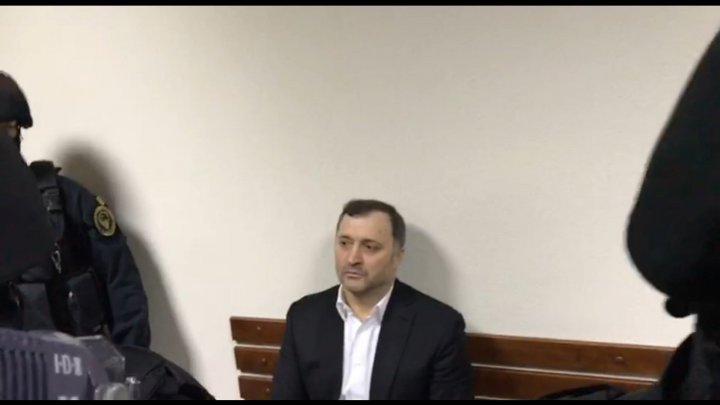 The hearing in the trial of former Prime Minister Vlad Filat is charged with money laundering was rescheduled for February 28 because of absence of a lawyer.

Magistrates should have responded to the requests to invoke  several procedural violations filed by the lawyers of Vlad Filat.

"Today's hearing was postponed as defendant Filat Vladimir and his lawyers requested, because one of his lawyers was abroad", said the prosecutor Nadejda Busuioc.

Vlad Filat's attorney refused to reveal where is his colleague.

"Munteanu left for his job, in the interest of the defense of Filat Vladimir," said lawyer Tudor Osoianu.

Asked by journalists whether the ex-premier will attend this Sunday's election, his lawyer said that:

"It's his right. Maybe he does," the lawyer demanded.

Anticorruption Prosecutors blamed the former PM after he had transferred 13 million lei (money stolen from Banca de Economii) to an American PR company when he was PLDM leader.

The consultancy company would support PLDM in election campaign for November 30, 2014 parliamentary elections. Prosecutors point out that he approached an intermediary to clear the traces of transfers.

US authorities confirmed transfers to the company that provided services to promote Liberal Democrats.

Moreover, the investigation has evidence to prove that Filat obtained money from the BEM through influence trafficking. The former Premier risks jail of up to 10 years if found guilty.

He denies wrongdoing. Vlad Filat is currently in prison 13 in the capital, after being sentenced in October 2015 to nine years of jail for passive corruption and trafficking.