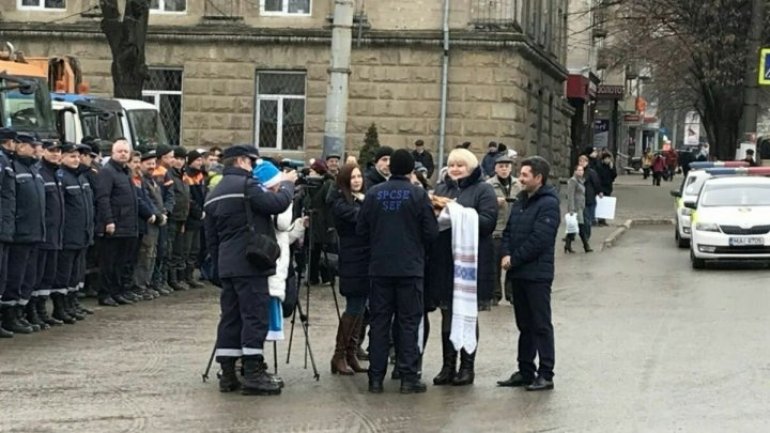 The garbage from Balti was finally evacuated. Over 50 officers and 25 workers of sanitation direction of Chisinau left after three days of work.

Tens of people came to thank the workers with bread and salt.

"We thank you for the work you did. You didn't let us spend the holidays in garbage."

"Thank you very much. You have proved that the Government is not unconcerned about what happens in the country."

Even if the work volume was high, the workers managed to evacuate the garbage in only three days.

"There were evacuated over two thousand cubic meters of garbage. It was hard, but together, we managed to do it. We found out it is more clean in the city, this morning", said Lilian Butnaiuc, the chief of Balti DSE.

The biggest surprised was when the residents went to throw the garbage and the dumpsters were empty.

The problem of the trash in Balti appeared two weeks ago, when the local authorities canceled the contract with the economic agent who was taking the trash off the city. After Pavel Filip, the Prime Minister of Moldova received many complaints about this problem, the Government started to solve it.