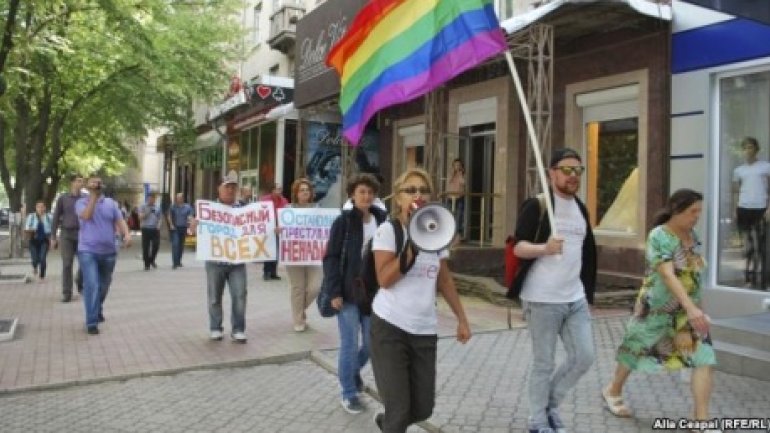 This 28-year-old person was born a girl, but feels as a boy for over 3 years.  Saşa Sugac from the Capital has confessed what it is like to live in a society that doesn't accept you. The story was shared for the Transgender Day of Remembrance. With this occasion, members from the "Genderdoc" organization have launched videos and cut out butterflies.

Saşa Sugac claims that she begun suspecting of having a different sexual orientation, after multiple failed relationships. The young man claims that now he feel free and fulfilled.

"I felt as a male and realized that I am one. I simply told to those close to me of my sexual orientation and they understood my feelings. People would notice that I am different" Saşa Sugac mentioned.

Saşa said that he also faces multiple problems in the society. One of the most frequent being discrimination:

"I was often cursed, the transphobia awoke a fear within me and made me feel uncomfortable. I cannot understand how can you hate people  for being what they wish to be."

At only 13-years, Maxim, who requested to be left anonymous, understood that he no longer wished to be a girl, but a boy. It was not an easy decision, moreover his parents have yet to find out of this.

Despite it all, Maxim is in a relationship for a few months now and declared that he is happy:

"The name given to me at birth was like an ID, a simple code to identify myself and nothing more. People would often ask wrong questions: What do you have in your pants? It is unpleasant."

Transgender people have launched a video condemning attacks upon their persons.

"Transgender people can never come to light of their identity, nor manifest themselves. There is discrimination at workplace, in the educational institutional and hospitals. Not even doctors know much about being a transgender" Genderdoc member, Artiom Zavadovschi declared.

According to the statistics, from October 2016 to September 2017, over 300 transgender people were killed all over the world. "GENDERDOC-M" was established in 1998 and is one of the oldest non-governmental organization protecting LGBT rights in Republic of Moldova.