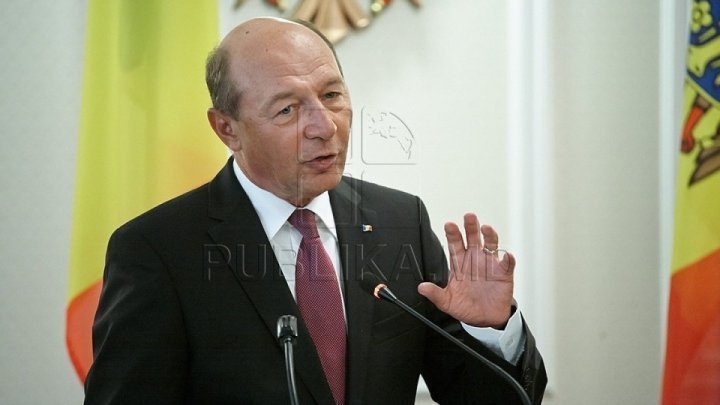 Former Romanian President Traian Băsescu keeps the idea of obtaining Moldovan citizenship. At a press conference in Chisinau, the politician said he will appeal to the Supreme Court of Justice the court's decision that left him without citizenship.

"We will go further, we will have an appeal. We'll see what is the last state of the Supreme Court. I am not the man who succumbs or humbles ideas only because President Dodon wants me not to be a Moldovan citizen. Of course I am unhappy and I find myself wronged, "said Traian Băsescu, former president of Romania.

At the beginning of this year, Chisinau court rejected Traian Băsescu's request. The official wished to annul the document signed in January 2017 by Igor Dodon, who has withdrawn his Moldovan citizenship.

Former Romanian President Traian Băsescu received it in October 2016, through a decree issued by Nicolae Timofti.
The representative of the presidency says that the former Romanian president illegally obtained the citizenship, because he was hiding from the authorities that he was under criminal prosecution.

On the other hand, Basescu's defense denied the information. The politician states that he presented the criminal record, issued by the authorities in Bucharest, showing that he is not convicted in any case.
AFLĂ imediat Știrile Publika.MD. Intră pe Telegram