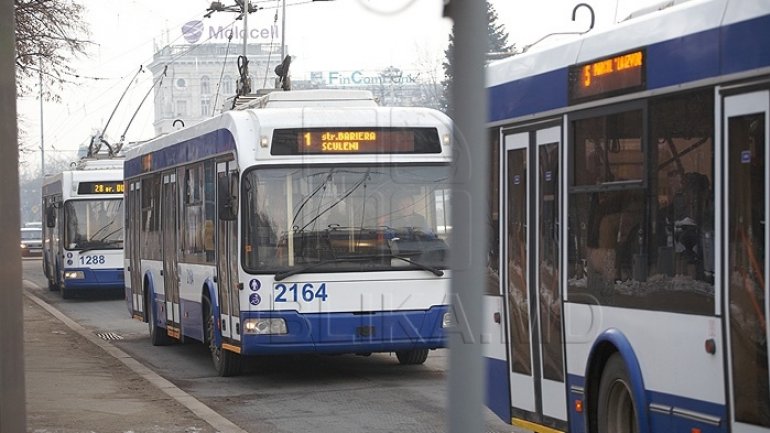 City Hall of Chisinau has revealed that on the weekend, starting with 16th September 2017 (9 AM) lasting to 17th September 2017 (2 PM) the movement from roundabout on Constantin Negruzzi Boulevard – Dimitrie Cantemir Boulevard –  Albișoara Street –  Iu. Gagarin Boulevard will be stopped.
The traffic will be hindered in favor of renovation works of the roundabout.

For this reason the following routes will experience changes:

- Trolleybus No. 4, 8 and 17 routes will be redirected from the  Ştefan cel Mare şi Sfânt boulevard to Ciuflea Street- Viaduct;

- Trolleybus No. 5 route will not circulate;

- Trolleybus No. 20 route will be shortened to Decebal boulevard;

- Trolleybus No. 28 route will be shortened to Ciuflea Street.

Traffic will be stopped due to the "Bodyguard" Championship 2017 taking place in the Great National Assembly Square.

The routes will be redirected to proximate streets.

Car drivers are asked to abide the temporary traffic signs.