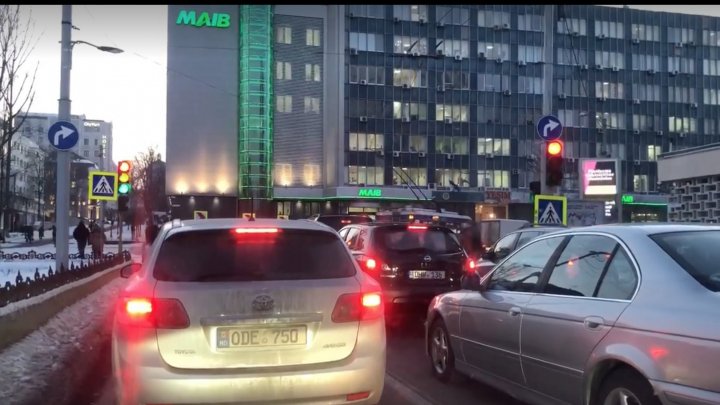 A traffic light from the Capital has started malfunctioning and became a star on social networks. A video appeared showing how the traffic light from Grigore Vieru boulevard, in front of the National Bank is randomly turning on all its lights.

A traffic jam was formed due to drivers being unsure what to do.