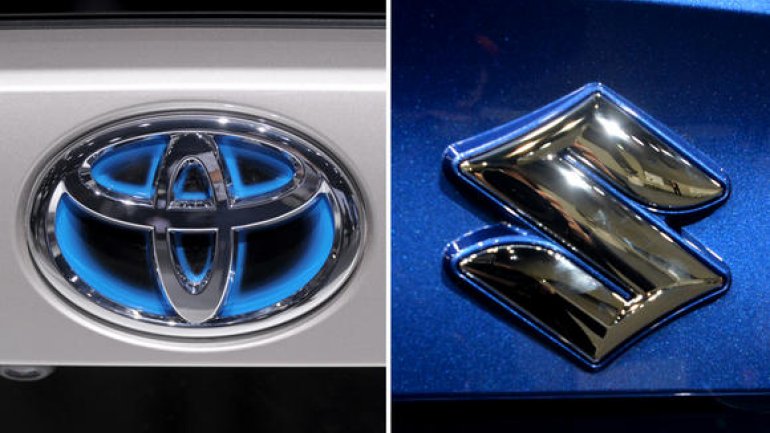 The announcement comes after Toyota completed a buyout of minivehicles maker Daihatsu Motors earlier this year. The world's largest automaker by vehicle sales in 2015 said last week it will set up an internal company with Daihatsu to focus on emerging markets.

Both Daihatsu and Suzuki manufacture and market cars in emerging Asian countries, with Suzuki dominating the Indian market through its majority stake in Maruti Suzuki India Ltd, while Daihatsu has been expanding in Malaysia and Indonesia through separate joint ventures.

In a joint statement Toyota and Suzuki said there was need for increased industry cooperation to keep pace with rapid changes in the global auto industry, where automakers and technology companies are competing to develop self-driving cars and new mobility services.

"In addition to the R&D which each company is working on individually, it is very important now to have partners who share the same goal and passion," Toyota President Akio Toyoda said in the statement.

The two companies said that Suzuki was "increasingly feeling a sense of uncertainty" in the face of rapidly developing new technologies, while Toyota acknowledged it "may be behind competitors in North America and Europe when it comes to the establishment of standardization and partnership with other companies."

The companies said they would hold a joint briefing on the possible partnership in Tokyo at 0930 GMT. A Toyota spokeswoman declined to give details on the agreement.

Both companies said that they had just begun exploring possibilities for a partnership, and added that they would continue to compete with each other and would be open to collaborating with other companies.

A partnership between Toyota and Suzuki would be the latest in a consolidating auto industry. Nissan Motor Co. in May announced it was planning to take a controlling stake in embattled Mitsubishi Motors Corp.