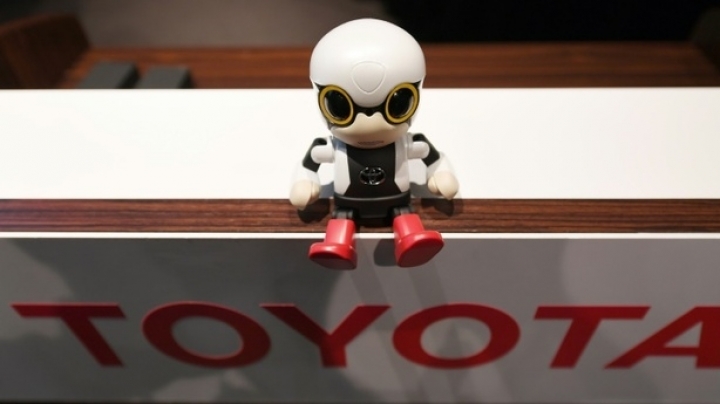 Toyota is aiming to pull at people's heartstrings and wallets, with its new pint-sized robot, DailyMail informs.

The new Kirobo Mini robot from the Japanese automaker can't do much but chatter in a high-pitched voice, but supposedly has the smarts of a five-year-old.

Fuminori Kataoka, general manager in charge of the project, says its value is emotional, going from home to car to the outdoors as a faithful companion, although the owner must do all the walking and driving.

Shipments are set for next year but no overseas sales are planned so far.

The company said it planned a gradual rollout, initially limited to Tokyo and Aichi prefecture in central Japan, near company headquarters, to get feedback from consumers.

Kirobo comes equipped with a camera, microphone and Bluetooth, and connects to a smartphone, which needs to be installed with a special software application.

It turns its head toward a voice, although sometimes that function fails as its voice recognition is far from perfect.
'Toyota has been making cars that have a lot of valuable uses. But this time we're just pushing emotional value,' Kataoka said.

Some may find depressing, if not disturbing, a vision of a society of lonely people turning to dialogue with machines. But proponents say that's the reality, and that the technology can serve as a tool to help care for the sick or the elderly.