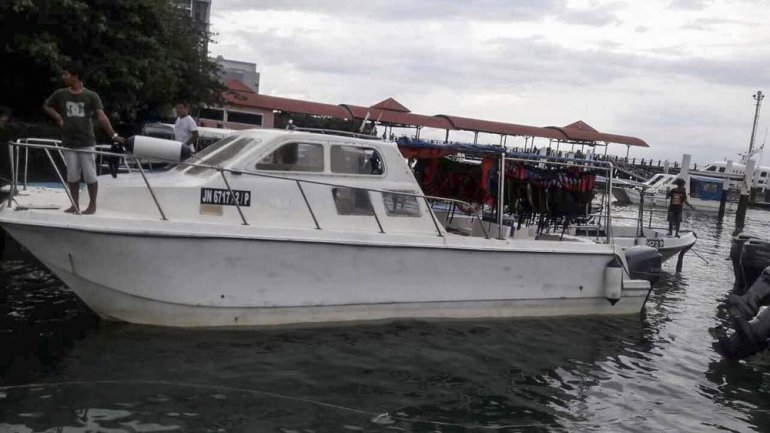 At least three people have died after a catamaran sunk off a popular tourist island in Malaysia on Sunday, according to Chinese state media.

The boat, carrying mainly Chinese nationals, sunk in rough seas off the coast of Sabah.

In a press conference on Sunday, the Malaysian Prime Minister's Department said tug boats and fishermen had rescued 23 people, according to Xinhua.

The cause of death was not immediately clear.

At least 31 people, including 28 Chinese tourists, were on the catamaran headed to an island popular with tourists on Saturday. A police report lodged 13 hours later said that the vessel was missing.

The boat is believed to have sunk near Mengalum Island after it sailed from Kota Kinabalu, and two crew members managed to make their way to land to seek assistance, the report says.

The incident occurred during the Chinese New Year celebration period.

The maritime agency enforcement agency, the navy and the air force were conducting the search, which was hampered by bad weather, Xinhua said.