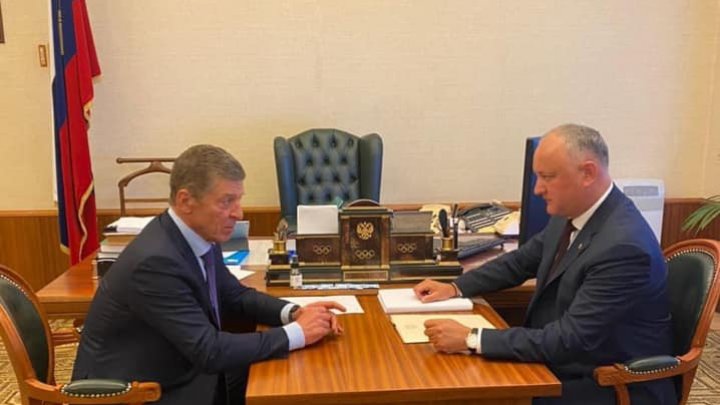 The topic of the resumption of negotiations for the granting of Russian credit, worth 200 million euros, for Moldova, was discussed in Moscow by the head of state, Igor Dodon, who had a meeting with Dmitry Kozak, Deputy Head of the Presidential Administration, Special Representative of the President of Russia for the development of trade and economic relations with the Republic of Moldova.

At the same time, the officials agreed on the organization in October, in Chisinau, of a new meeting of the Moldovan-Russian Intergovernmental Commission for trade and economic cooperation, during which a series of bilateral agreements will be signed.

In a Facebook post, Igor Dodon mentioned that another topic addressed was the issue of granting authorizations for the transit of Moldovan goods on Ukrainian territory to be exported to Russia.

President Igor Dodon also stated that he agreed with Dmitry Kozak the possibility of granting Moldova from Russia free humanitarian aid, in the form of diesel, to support agricultural producers, who were most affected by the drought.