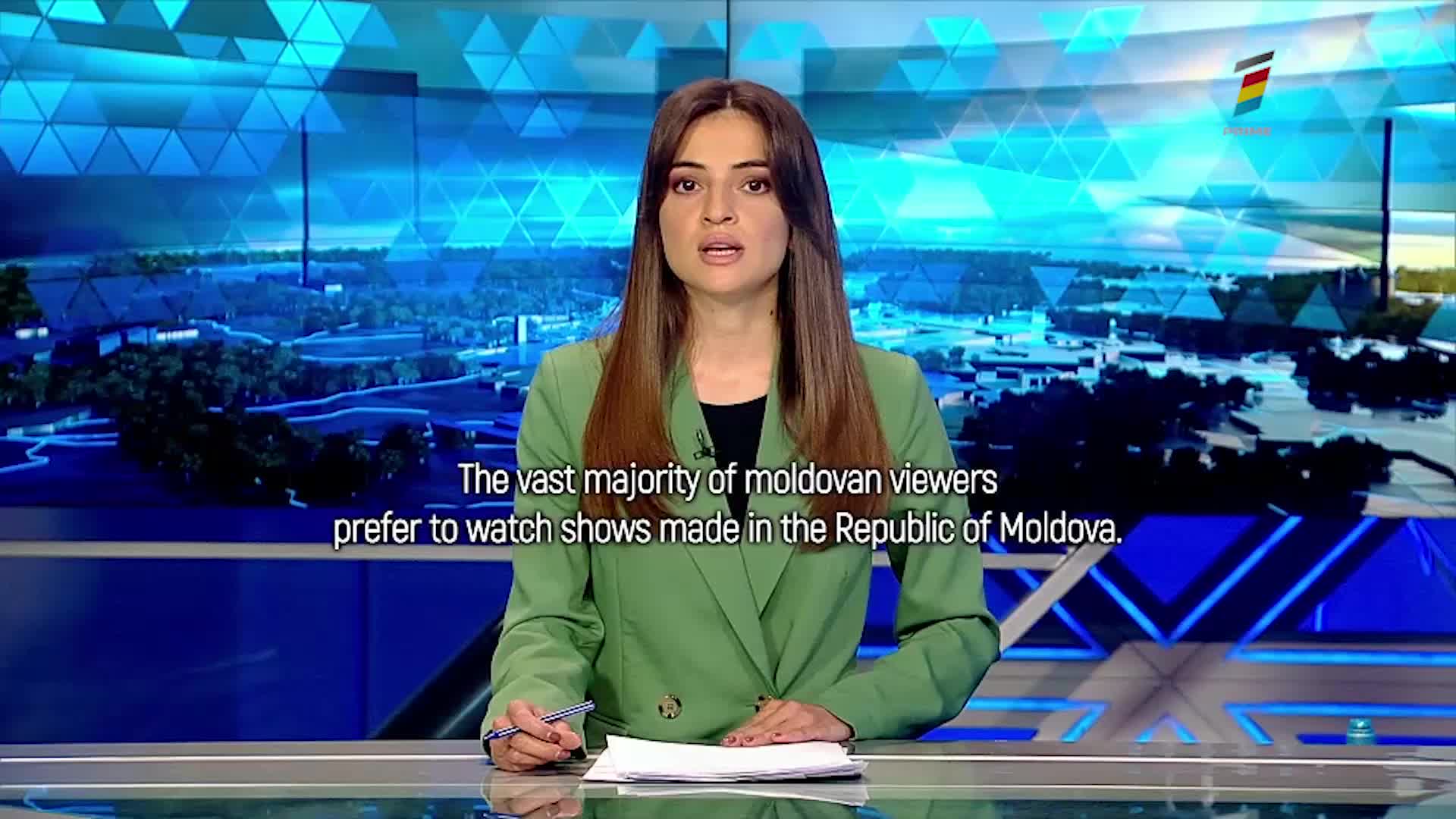 The vast majority of moldovan viewers prefer to watch shows made in the Republic of Moldova. This is also demonstrated by the top of the shows that recorded the largest audience in the last month. According to AGB data, 80 percent of the "top 20 shows" are local production, and 90 percent of these productions are made in romanian language. The trends are relevant in the context in which several broadcasters, media experts and members of the Audiovisual Council have questioned the importance of supporting local television producers and the need to develop local audiovisual.

"The commercial brands you will see support the local product. Thank you for your solidarity!"

Such messages are broadcasted by several moldovan channels in the advertising blocks included in the shows made in the Republic of Moldova, in an attempt to stimulate the placement of advertising in local productions, made in romanian or russian language.

"We continue informing and entertaining you!"

The increased interest in TV productions made in the Republic of Moldova is confirmed by the AGB top of the 20 shows that recorded the largest audience between April 4 and May 8, 2022.

16 positions belong to local productions. 75 percent of the top productions were broadcast on PRIME. It is about eight editions of the talk show in romanian "Vorbeşte Moldova" and seven editions of the informative program in romanian "Primele Ştiri". Also included in the top was an edition of the news bulletin of PRO TV Chisinau, also made in romanian. Only 4 positions in the top 20 shows preferred by Moldovan viewers belong to productions made in other countries. These are two TV shows broadcast with romanian subtitles by RTR Moldova, as well as two editions of the show in russian "Pole Ciudes", broadcast from the Russian Federation by the channel "Primul în Moldova".

The share of the local product in the offer of televisions under the jurisdiction of the Republic of Moldova would increase substantially from september 1, 2022, when the reclassification of broadcasters, operated by the Audiovisual Council, will enter into action. By the March decision of the Audiovisual Council, the number of national televisions has increased from 13 to 41. And this means that another 28 televisions will be obliged to broadcast at least eight hours of local content every day, instead of four hours, which is the amount for regional television. According to the president of the Audiovisual Council, Liliana Viţu, this decision would ensure equal obligations for all televisions that have programs on the grid for viewers from all over the country and which are received by 2/3 of the population. Liliana Viţu previously warned that the institution she leads would monitor compliance with the legislation regarding the share of local product from the very first half of september. A draft law on the security of the information space provides for new levers of responsibility for television that will refuse to comply with the mandatory share of broadcasts made in Moldova. The document, adopted in the first reading by the PAS deputies, establishes that the TV stations would be deprived of the right to broadcast advertising for a period of up to one year.