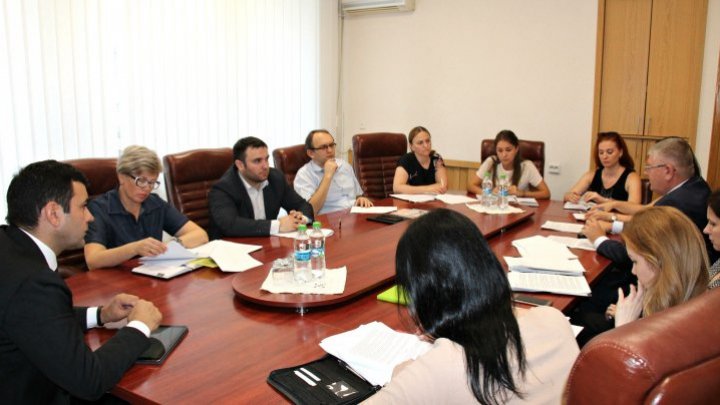 Second round of negotiations on the Free Trade Agreement between Moldova - China was successfully concluded.

Minister of Economy and Infrastructure, Chiril Gaburici, discussed today with the Moldovan delegation, which held negotiations in the Chinese Capital, Beijing, on July 22-27.

During the second round of negotiations, discussions continued on the legal text of the Agreement, in particular on preamble chapters, initial and institutional provisions, commodity trade, rules of origin, intellectual property rights, competition, sanitary and phytosanitary measures , technical barriers to trade, e-commerce, investment. At the same time, the parties exchanged initial lists of defensive products that will not be subject to the elimination of customs duties. These lists are to be negotiated in the next round.

Chiril Gaburici appreciated the professionalism of the negotiating team and thanked them for the verticality they showed during the negotiations last week.

"We need to negotiate properly. Our country's interest is to expand its market, not with any price but in favorable price for us and Chinese side.

We know that China's market has more than 1.3 billion consumers, we want to export and have a liberalized regime for the strategic products - wine, cereals, dried fruit, animal products, industrial products, etc. There is a new round of negotiations, I know it will not be easy, but the first steps have been taken, so we have to find a win-win formula for both sides, "said Minister Chiril Gaburici.

The third round of negotiations will take place in September, in Chisinau. Negotiations will focus on rules of origin, market access, technical barriers to trade and trade protection measures.

The signing of the Free Trade Agreement with the People's Republic of China will contribute to strengthening trade and economic relations between the two countries, facilitate access to the Moldovan market for Chinese products and attract investment in the main sectors of activity of the Republic of Moldova.

According to the data, 85 companies with Chinese capital worth almost 4.8 million lei are active in our country. The volume of foreign trade of the Republic of Moldova with China in January-May 2018 amounted to 245.5 million dollars, up by almost 36.5% over the same period last year.