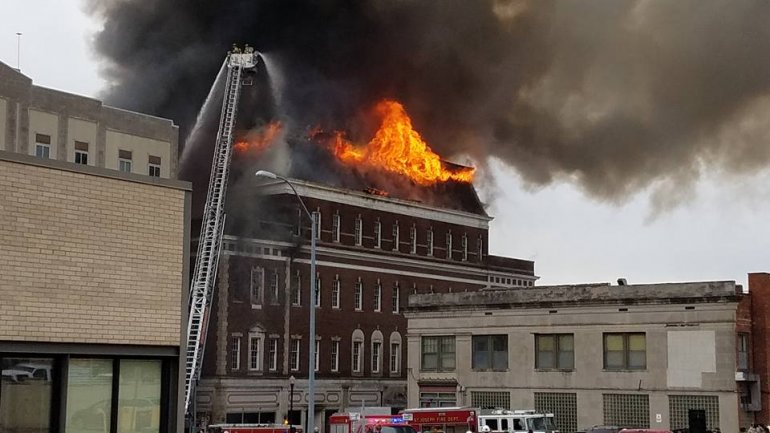 The historic Tootle Opera House in downtown St. Joseph where Buffalo Bill Cody once performed was destroyed by fire Monday after standing tall for more than 140 years.

The building located at 5th and Francis, was commonly known as the Pioneer Building. Fire crews responded to the fire around 10:30 a.m. Chief Training Officer Mike Neylon with the St. Joseph Fire Department said around 60 firefighters were on scene with around 15 firetrucks.

“It doesn’t impact how you put it out once it gets to the point that it was that it was obviously not going to be saved. But initially yeah, you try to keep the historical aspect intact as much as possible. That was a pretty special building,” Neylon said. “Another one lost.”

Sarah Elder, the Curator of Collection with Saint Joseph Museums said the Tootle Opera House was built in 1872.