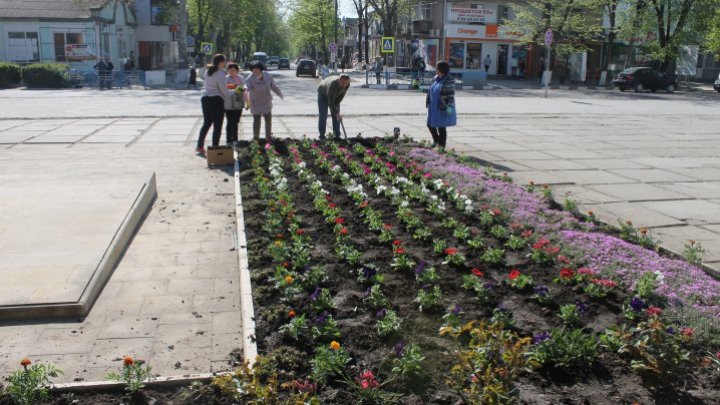 A good idea cannot be passed up. Mayor of Glodeni, Stela Onuţu, member of Our Party, led by fugitive Renato Usatîi, copied the idea of the flower carpet which was installed last week in the Capital, at the initiative of interim mayor Silvia Radu.

Dozens of flowerpots were installed in from of the City Hall from Goldeni, the pictures being posted on social media. The idea of Chisinau interim Mayor to decorate the city has inspired other candidates running for the local elections from May 20.

Previously, candidate of DA party from Bălți, Arina Spătaru brought 300 flowerpots that were installed in front of the institution led by her.

On April 12, the Capital's center was filled with colors, after Silvia Radu came up with the idea to install a flower carpet in front of the Nativity Cathedral, made out of 200 000 flowers. It was arranged based on a traditional Moldovan carpet. The flower were lated planted in parks from the Capital.