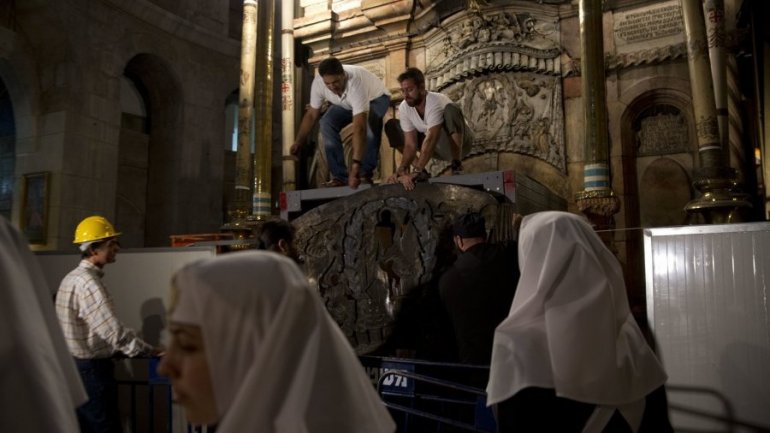 A conservation project in Jerusalem has released new images of a limestone bed on which the body of Jesus Christ is said to have been laid out after his crucifixion.

The team of researchers continued an investigation into the supposed burial site, removing the marble cladding surrounding the tomb on 26 October at the Church of the Holy Sepulchre in Jerusalem's Old City, for 60 hours.

An initial inspection of the Holy Edicule by the conservation team from the National Technical University of Athens took place, before the team removed the marble cladding, to find another marble slab with a cross carved into the surface.

The original limestone burial bed was revealed intact, shortly before the tomb was resealed, as it will likely remain for centuries.

The edicule will undergo further conservation and restoration works following the sealing of the tomb.

The earliest accounts of Jesus' burial come from the first four gospels of the New Testament, which describe in varying accounts how Christ was buried in a rock-cut tomb belonging to Joseph of Arimathea, a wealthy Jewish follower of Jesus.