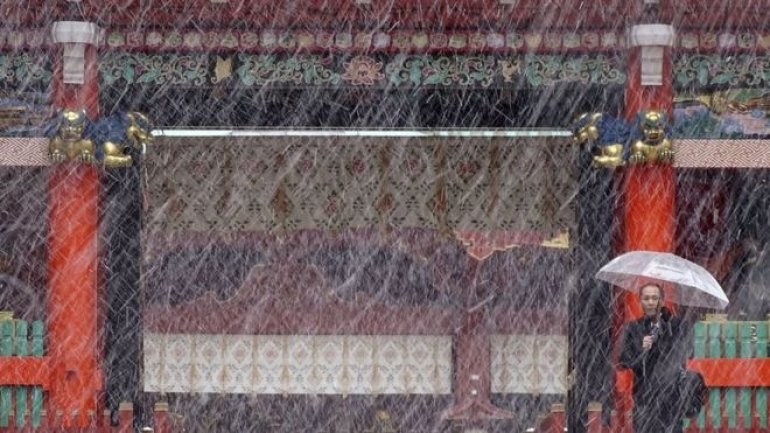 Residents of the Japanese capital were taken by surprise, as the temperatures around this time of the year usually range from 10C to 17C.

The snow was caused by an unusual cold front over the city, but above-freezing temperatures kept the snow from sticking.

The Japan Meteorological Agency also warned of possible icy roads, snow on electric wires and trees, and the collapse of plastic greenhouses, according to the Japan Times.