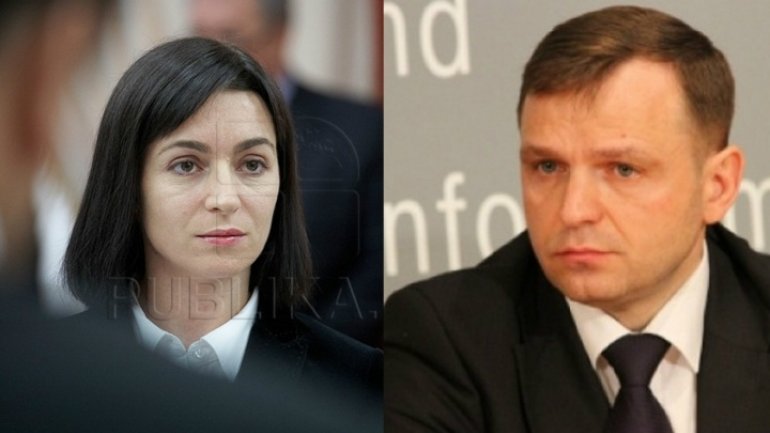 Alexandru Panuța and Andrei Năstase used Veaceslav Galoi to discredit Maia Sandu in the electoral campaign, and the scandal-related amount of 300,000 lei, transferred to the PAS’ account, belong to Năstase and not to Ilan Șor.

At least that’s what Veaceslav Galoi maintains. He was the man who transferred an amount of money to Maia Sandu’s Party of Action and Solidarity (PAS,) writes Today.md.

Veaceslav Galoi has told Today.md he met Panuța in Penitentiary 13, in Chisinau, and that Panuța and Ana Ursachi had recruited him to work for the DA Platform, and about how Liviu Vovc introduced him to Igor Grosu.

"When in Penitentiary 13, Alexandru Panuța stayed in the same room. He is a combatant, Interior Ministry veteran, who told me he was an ardent supporter of and member of the DA Platform. We made friends and talked politics, that the Platform want to make the change in the country for the good of the people. Panuța left the jail, but we kept contacts, and when I was set free, I was met, in front of the prison, by Alexandru Panuța and Ana Ursachi.

They offered me to work for the Platform and to help them in the presidential race. Later I agreed. I helped Liviu Vovc to organize rallies with citizens for PPDA candidate Andrei Năstase.

After Năstase had retreated, Liviu Vovc took me to PAS and introduced me to PAS secretary Igor Grosu, who asked for help in organizing rallies with citizens and for money.

I did exactly as I was told. But a day later I learnt in media that money came from Șor into my account and then I realized Alexandru Panuța and Andrei Năstase used me to discredit Maia Sandu", Galoi said.

Veaceslav Galoi has said that, after the scandal with those 300,000 lei got into media, nobody has contacted since November.

TODAY.MD specifies that Galoi and Panuța stayed in the same cell 134 from May 18 to June 2, then he stood in cell 138 from 9 August to 8 September. Their sources specify it was then that the transfer scam was plotted.

Panuța’s staying in jail is confirmed by Andrei Năstase, who declared him a political prisoner. Moreover it’s weird that after leaving the prison, Panuța came to meet Galoi, in the company of the barrister Ana Ursachi and the wife of CIS number one raider, Veaceslav Platon.