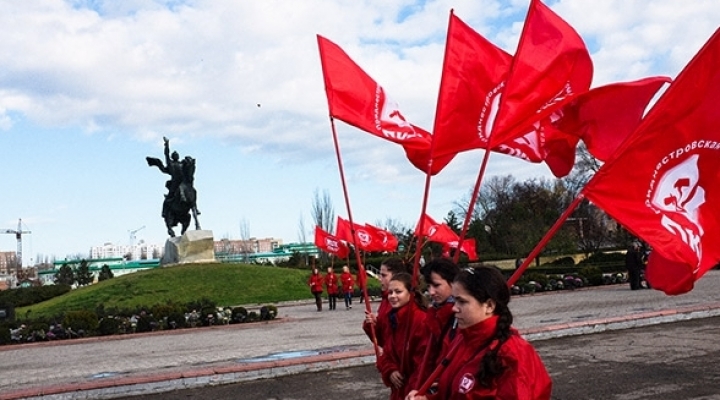 Tiraspol will support Russia’s initiative on the Transnistrian settlement at the forthcoming 5+2 settlement talks due to be held in Berlin on June 2-3, the region's would-be foreign ministry said on Tuesday.

The Transnistrian side plans to raise the problem of mutual criminal prosecution of officials, issues of motor and railway service and education. "Special attention will be paid to the inadmissibility of Moldova’s and Ukraine’s customs control at the Cuciurgan border crossing point," the would-be ministry said.

Russia’s ambassador at large, Sergey Gubarev, who represents Moscow at the 5+2-format talks, called on the parties to elaborate a mechanism for implementation into the national laws of agreements reached in the 5+2 talks. He expressed concern that "neither of the parties implement" these agreements.

Talks in the 5+2 format, involving Moldova and the Transnistrian region as parties to the conflict, the OSCE as a mediator, Russia and Ukraine as guarantors and the European Union and the United States as observers, have been stuck for the second year.

Only two out of five scheduled meetings were held in 2014.

Relations between Chisinau and Tiraspol chilled after the Transnistrian leader accused Moldova and Ukraine of exerting coordinated pressure on the unrecognized republic through economic sanctions.