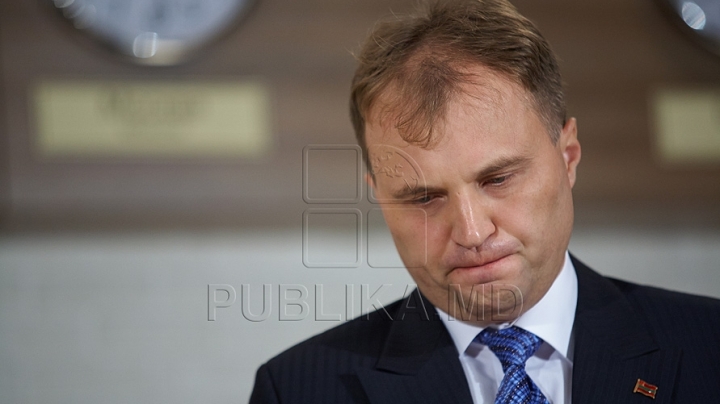 Yevgeny Shevchuk, the leader of Moldova's breakaway republic of Transnistria, admitted he was offered an important job in Crimea, the peninsula annexed by Russia. He didn’t give much detail however.

Asked by journalists about rumors as to the offer, Shevchuk responded:

“I wouldn’t believe everything in the social media. But I want to say that there are some offers, but I won’t comment on them.”

According to Moldova.org, it’s worth noting the question was asked by a reporter from Pervyi Pridnestrovsky TV channel, a station known to favor the Tiraspol regime.

The presidential mandate of Shevchuk expires in December