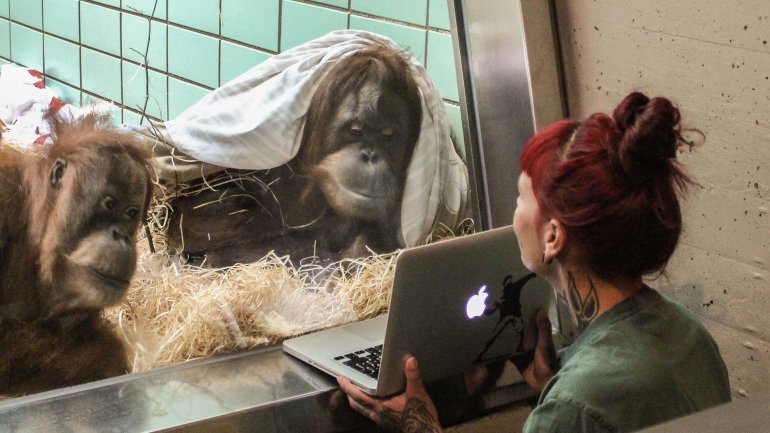 A Dutch zoo hopes to increase the breeding chances of a female orangutan by seeing if she will choose a preferred mate on a touchscreen before they are introduced.

In a four-year experiment it has called “Tinder for orangutans”, the Apenheul primate park in Apeldoorn will show Samboja, an 11-year-old female, pictures of possible partners from an international great ape breeding programme, informs The Guardian.

The aim is to gain greater insight into how female orangutans make their mating choices, Thomas Bionda, a behavioural biologist at the zoo, told Dutch broadcaster NOS.

Since the male orangutan could come from as far away as Singapore, the zoo also hopes to increase the chances of a successful encounter.

The research is part of a broader programme looking at the role of emotions in animal relationships, the biologist said.

Evy van Berlo, an evolutionary psychologist, told local paper Tubantia that earlier tablet tests with bonobos – who, along with chimpanzees, are the closest living relatives to humans – had shown they demonstrated heightened interest in photos containing “positive stimuli”, such as other bonobos mating or grooming one another.

One tablet, reinforced with a steel frame, was tested successfully for the first time two weeks ago on two older orangutans, she said, but did not survive long when Samboja – whose mother, Sandy, is affectionately known as Demolition Woman – got hold of it.

Once the scientists have a strong enough screen, Bionda told NOS, they would examine whether appearance alone is enough to create a spark of attraction between two animals.