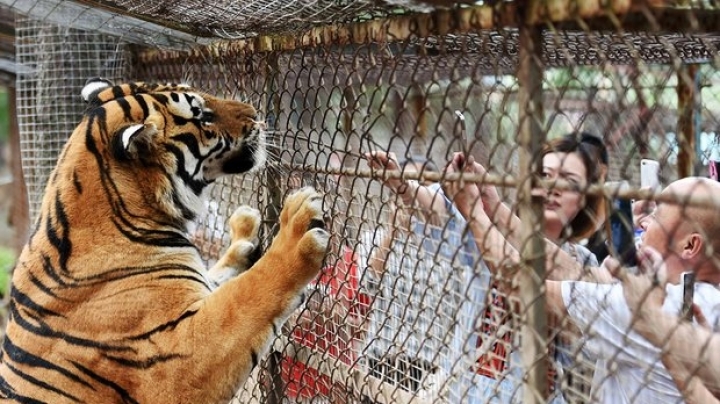 A woman was mauled to death and another was seriously injured when they were attacked by Siberian tigers at a wildlife park in Beijing, reports Sky News.

The pair reportedly got into an argument while driving round Beijing Badaling Wildlife World, which ended when one of the women decided to get out of their car.

CCTV footage shows the moment a tiger leaps at the woman from behind, grabbing her and pulling her away from the vehicle.

The attack prompted a man and a woman to get out of the car to chase after the tiger in a bid to help.

The second woman was killed by a tiger, which then carried her body away.

It is reported that park staff rushed to help the pair, but were only able to save one of them.

The injured woman is recovering from her wounds in hospital, while a child who was also in the car escaped unharmed.

Beijing Badaling Wildlife World allows customers to drive their own cars through an open space where animals roam free, but visitors are not allowed to leave their vehicles in certain enclosures.

A spokesperson for the park refused to comment on the attack and said the attraction was closed for two days due to forecasts of heavy rain, the Associated Press news agency reported.

A security guard was reportedly mauled to death at the park by a tiger in 2014, reports said.