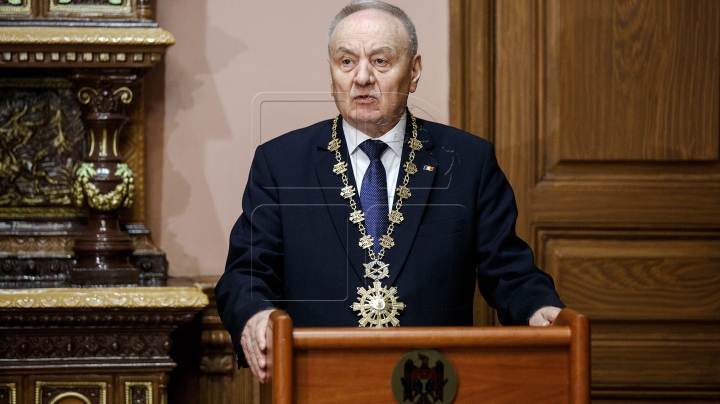 75 years ago, thousands of Moldovan people were put in trains and forcefully brought thousands of kilometers away, in Siberia and Kazakhstan,just because they weren’t suit for the regime. In the night of 12 to 13 June 1941, the first wave of Stalinist deportations in Bessarabia and Northern Bucovina was started.

The president of Moldova, Nicolae Timofti, has come today with a message in the memory of first deportation victims:

The history cannot be forgotten. And those who do not have the memory of the history are risk repeating it.

In the night from 12 to 13 June 1941 has started the first wave of soviet deportations in Moldovan SSR. Today, 13 June 2016, are 75 years since the day when in our nation’s history have started to be written the bloody pages of a tragic destiny, when tens of thousands of Moldovan families were sent by the Stalinist totalitarian regime in icy Siberia.

In stifling wagons, with no food and water, the best householders were taken from their own homes, from their own country, and thrown into the GULAGs of torture and inhumanity.

These tragic moments in Moldova’s biography cannot be deleted from our collective memory. While thinking on those terrible days and nights when the peasants’ families were destroyed, let’s not admit and make mistakes, when their consequences may be fatal for a nation. At the same time, let’s not tolerate the hate slogans and the revenge paradigm from the actual political environment.”

Today in Chisinau will be organized a commemorative meeting for the victims of the political repressions, and at the monument in front of the Railway Station people will put flowers.