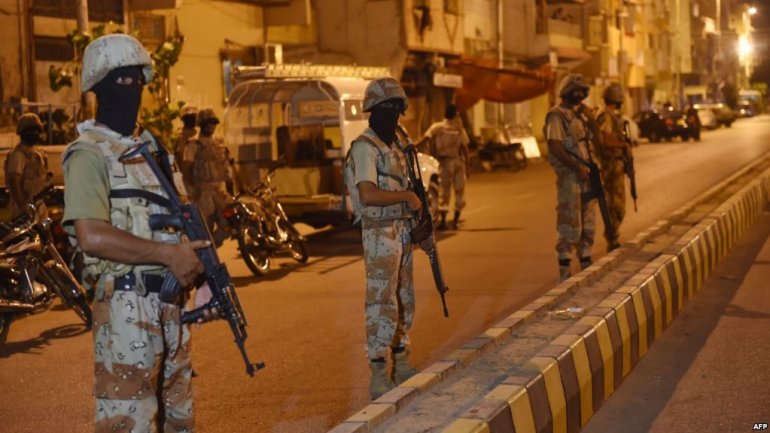 A roadside bomb attack has killed three paramilitary soldiers in Pakistan's South Waziristan tribal region near the Afghan border, the military has said in a statement.

The statement on February 13 said the three soldiers were wounded during a search-and-cordon operation in the Zarmilan area late on February 12 and later died at a hospital.

Mohammad Khurasani, a spokesman for the banned militant organization Tehrik-e Taliban Pakistan, claimed responsibility for the attack, saying five soldiers were killed in the bomb attack and a vehicle completely destroyed.

The army has carried out large-scale operations in tribal regions but militants still strike sporadically.

Khurasani also claimed responsibility for a February 12 night attack on a media van in the port city of Karachi that killed a technician. He said in a text message that media are being attacked for siding with the government and army, RFERL reports.
AFLĂ imediat Știrile Publika.MD. Intră pe Telegram