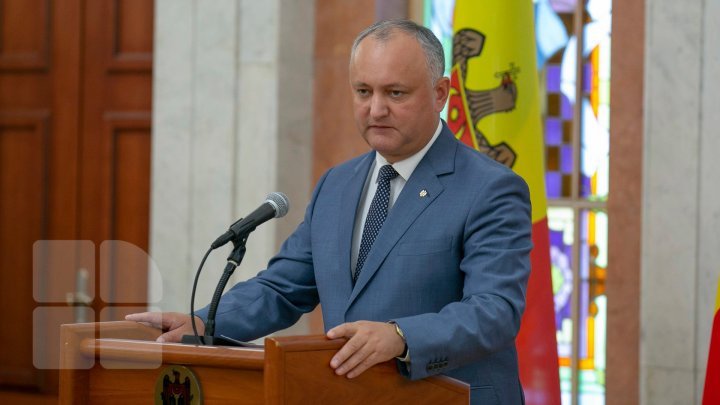 Moldova's President Igor Dodon presented the three likely scenarios that the bill on prosecutor appointment will be canceled by 15:00, or a motion of no-confidence against the government will be proposed or the parliament will vote on that bill as an initiative.

The statement was made after the meeting was held between MPs of bloc ACUM, PSRM and the head of state.

"There are two scenarios: the prime minister will withdraw her initiative or the Socialist party will put forward a motion of no-confidence against the Sandu Cabinet at 15:00. After discussing with MPs of the bloc ACUM and PSRM, I see that they want this coalition to continue. We need to find out the measures to carry it on. However, our opinions are different. The Socialists want to cancel this initiative while the bloc ACUM presses ahead with that plan. The bloc ACUM will give up the idea in case the governing alliance vote against it. I will discuss this with MPs of the PSRM faction", said Dodon.