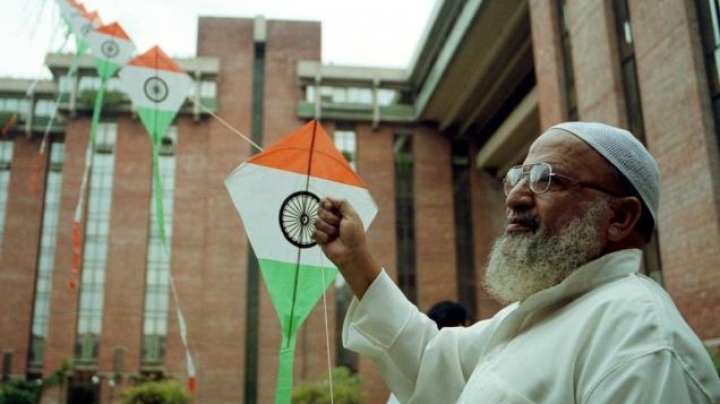 Three people, including two children, have died after their throats were slit by glass-coated strings used for flying kites on India's Independence Day, reports BBC.

Saanchi Goyal, 3, and Harry, 4, were looking out through the sunroof of their cars in different parts of Delhi when sharp strings slit their throats.

Zafar Khan, 22, died in the same manner when he was riding his motorbike.

Glass-coated strings are used to bring down competitors' kites, but they also end up injuring and killing people.

Many Indians fly kites to celebrate festivals and important occasions like the Independence Day.

But every year, there are reports of people dying or getting wounded from the sharp string, locally known as manja.

These strings also kill and maim hundreds of birds annually - at least 500 birds have been admitted to the Charity Birds Hospital in Delhi in the past three days alone, Indian media reports say. The hospital says it treats up to 8,000 birds every year.

On Monday, a policeman in Delhi was also injured from a sharp string.

The Delhi government has now banned the use of manja to fly kites and promised to run campaigns to educate people about the dangers of using such strings.

Authorities said the sale, production and storage of manja would be prohibited in the capital city and those who violated the ban would have to pay a penalty of 100,000 rupees ($1,495) and could be jailed for up to five years.