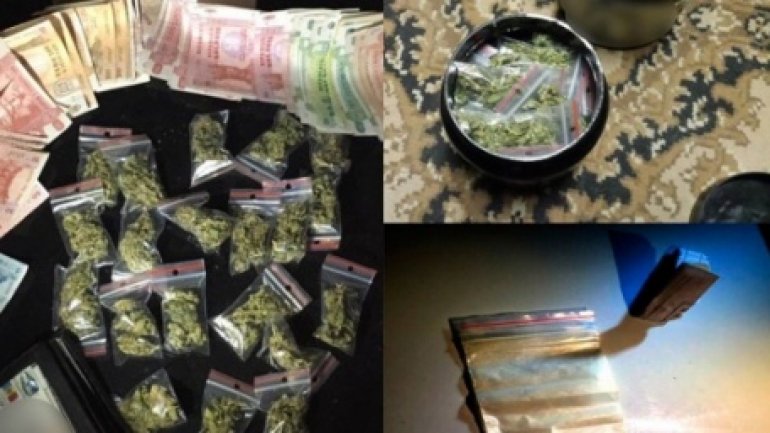 There man of 20, 24 and 36-year-old, residents of Chisinau, were detained on suspicion of drug trade in the country.

According to law enforcers, about 2 grams of amphetamine, 20 packages of marijuana, money from drug trade were discovered and raised during body searches.

Searches were also carried at the residence of the persons detained, one of them being detected with 38 packages of marijuana. One gram of amphetamine was sold with 600 lei and a package of marijuana with 300 lei. The total amount of drugs found is worth about 18,000 lei.

If suspects will be proven guilty, they risk up to 15 years in prison.