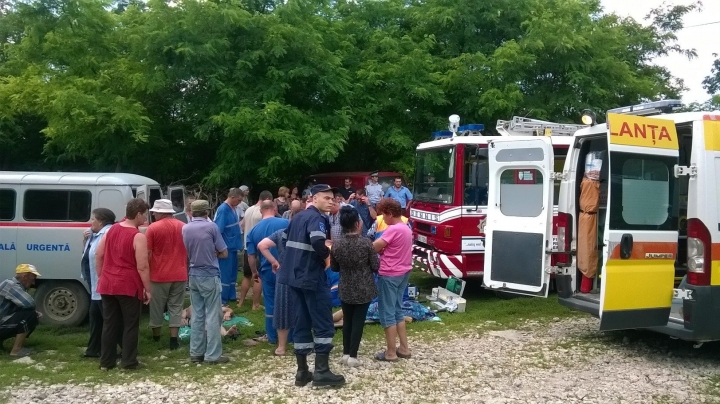 901 was called today at 12:47, to ask for help in taking out three persons from a well in Chiperceni village, Orhei district.

A fire truck with a team from Orhei Emergency Situations Department has come to the scene, together with a 903 ambulance.

From the operative information it was known that three men of 32, 35 and 46 years old have gone into a public well of over 10 meters depth, in order to clean it, inside being also a motor pump. After a while neighbors have observed that the men are not responding and have called the emergency services.

The rescuers have taken out the three men in approximately 20 minutes.

Immediately the resuscitation manoeuvres, done by doctors and rescuers.

After approximately an hour, the doctors have stated the death of the men.

Most likely the men have been intoxicated by the gas from the motor pump.

In this context, Emergency Situations and Civil Protection Service warns people on the danger of this kind of works. People are advised to ask for help from specialists, in order to keep their lives out of danger.