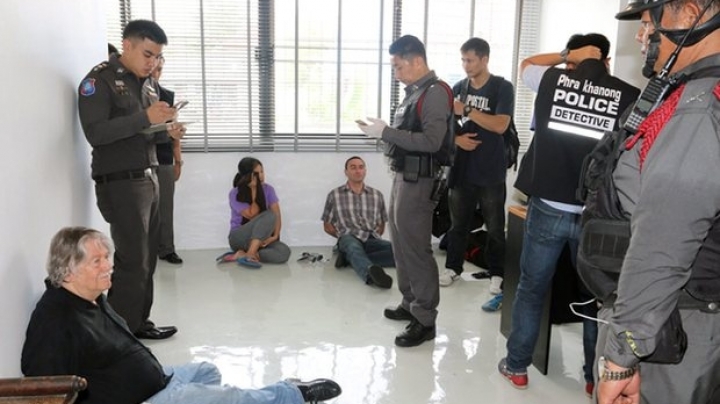 A man in possession of a British passport has been charged after a dismembered body was discovered in a freezer in Bangkok, reports The Guardian.

Three people were arrested at a building in the Phra Khanong district on Friday where firearms and ammunition were also found, Thai police said.

Two men aged 33 and 66 were in possession of US passports, while the third man, whose age was not given, had both British and US identification.

One of the men grabbed a gun and opened fire during the police raid, injuring an officer who was taken to hospital, police said.

Colonel Kissana Phathanacharoe, of the Thai police, said: “We managed to find a big freezer. We opened it and found a dead body inside it. The body was chopped into different parts. It was concealed in many rubbish bags and put in the freezer.”

Kissana said the three men were charged with offences including concealment of a body, obstruction of justice, possession of fraudulent passports and possession of drugs including ketamine and crystal meth.

A Burmese couple also arrested on Friday told police they had been hired to clean the four-storey building three times a week and ordered not to open or move the freezer where the body was found. The couple have not been been charged and are being treated as witnesses.

Forensic officers are working to identify the body and expect to have autopsy results on Sunday. Police suspect the men were part of a passport forgery gang. No court date has been set.

In February, Thai police arrested an Iranian man known as “the Doctor”, who crafted pristine passports from his home in a Bangkok suburb and sold the documents to thousands of people around the world, including gangsters, rebels, refugees and migrant workers.