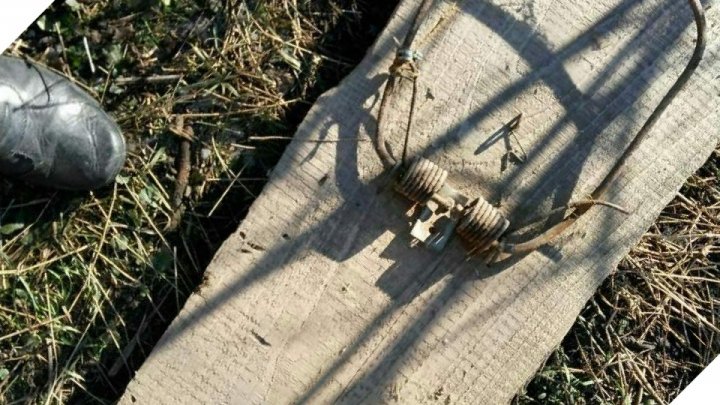 The carcass of a doe, traps, nets, a firearm and ammunition without documents were found by border police officers in the North. At the moment, three citizens of Moldova are being investigated for breaching the law, poaching and illegally keeping firearms and ammunition. The suspects were arrested at the end of last week.

In the first case, toward Medveja-Podvirevca settlements, border officers have noticed a person placing various traps. On site was identified a 45-year-old man from Medveja village, Briceni district. At the same time, law enforcement have found two handmade traps and four unused ones in the man's backpack.

The second case took place near Gârbova village, Ocnița district. Border police officers have tried to pull over a car, registered in Republic of Moldova, but the driver ignored the indications and started speeding, in an attempt to hide. Despite having abandoned the vehicle, law enforcement managed to catch two people, of 28 and 31, both from Gârbova village.

In the car's trunk was found a shot doe. Around 10 meters from the abandoned car was also found a firearm. At border officer's request to present documents for the firearm and the car, they could not offer any.

The suspects are being investigated.