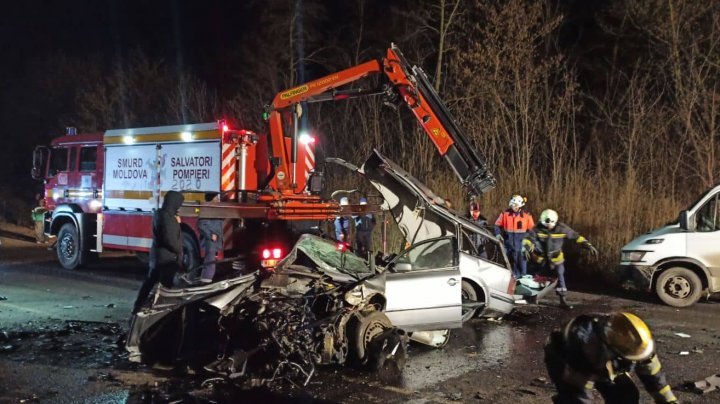 A multi-vehicle wreck on Strășeni - Chisinau route left three dead and three hurt including a child on Sunday night. The accident happened at around 18:00.

The police said a Volkswagen Passat car, driven by a 46-year-old Romanian with three passengers on board, collided with a BMW car, led by a 32-year-old man. Then, it hit a minibus and eventually crashed a third car.

Two people died shortly after the impact were the Romanian man and his wife. Their 8-year-old child is in critical condition and hospitalized at the Valentin Ignatenco Children's Hospital. The third passenger, a 32-year-old woman, died on the way to the Emergency Medicine Institute.

The other car drivers were hospitalized at the Emergency Medicine Institute. One with a severe polytrauma, and the other was discharged and was to receive medical care at home.

According to firefighters, 112 Service received an emergency call at 17:54 yesterday. Several ambulances and police cars came immediately to the scene. Three crews intervened in the recuse operation.

"A man was hospitalized in a serious stable condition and is now in the resuscitation unit. He underwent a surgery immediately. His condition is serious but stable at the moment", said Igor Curov, deputy director of the Institute of Urgent Medicine.

One of the drivers involved in the accident was aware of the scene, but declined to speak with Publika team.