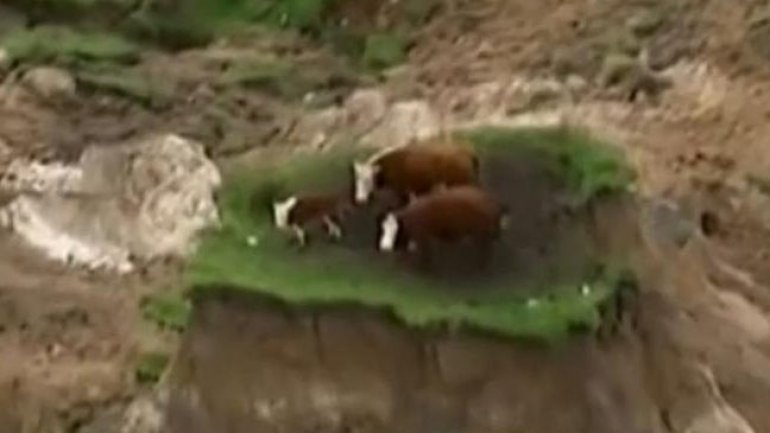 The New Zealand earthquake left cows stranded on an island as the land around them crumbled and fell during landslides, Telegraph reports.

People were shocked by the striking image of the cow family - and called for the animals to be saved.

Footage showed two adult cattle and a calf stuck on a chunk of land in a paddock that had been ripped apart in Monday's magnitude-7.8 quake.

The patch of grass was surrounded by deep ravines of collapsed earth, trapping the animals where they stood.

After many asked police to rescue the cows, an officer explained to the Sydney Morning Herald that they were not a priority: “The priority of the police is to make sure all human lives are safe and we still need to account for all of them yet".

Kaikoura is close to the epicentre of the overnight earthquake, and where one of the two confirmed deaths occurred.