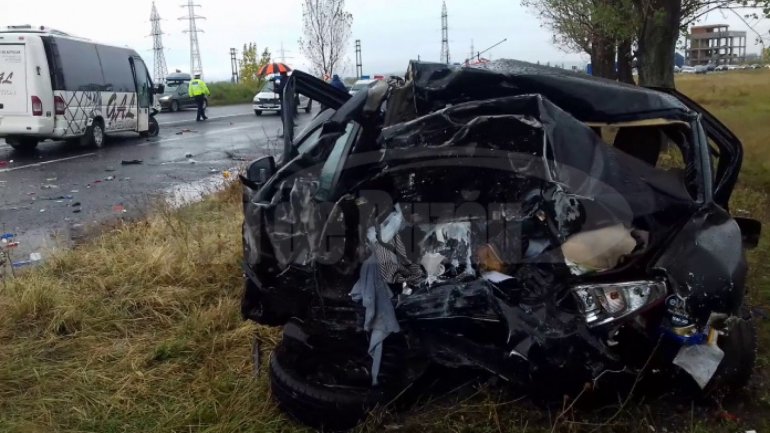 Three citizens of Moldova were injured in car accident in Buzău district from Romania, after their minibus collided with another car. Three citizens of Romania were also injured, out of which was a mother and her 5-year-old child, whose leg was fractured.

It happened in the afternoon of Sunday, on the central road from Buzău. All injured were transported to the nearest hospital, while one person received medical assistance on sight. The minibus was transporting 13 people to Chisinau.

Supposedly, the accident was caused by the 28-year-old car driver, who was using excessive speed and lost control over the vehicle.According to eyewitnesses, it went off its lane and was hit from behind by the minibus.

Police officers from Buzău are investigated the case in order to establish all circumstances. If found guilty, the driver will be prosecuted for causing bodily harm to the victims.