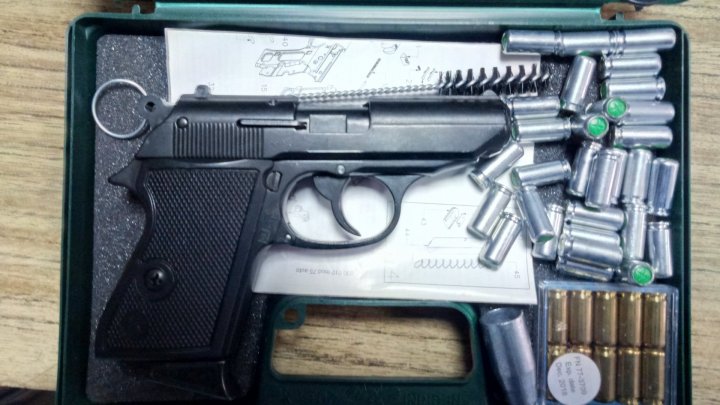 Three citizens were documented for attempting to pass the Customs without declaring a gas pistol and two lots of cigarettes. The goods were confiscated while the suspects fined.

The weapon was found by Customs officers at Leușeni, last evening, in a minibus transporting people and parcels from France. The Kimar Lady K pistol was located in a plastic box containing 40 gas cartridges and a pipe brush.

In this case is being investigated the driver, who, according to the law, is responsible for all the transported goods.

The two undeclared lots of cigarettes were confiscated yesterday, at Chisinau International Airport, when passengers going Chisinau - London had their luggage scanned. Inspection has revealed the presence of suspicious objects in two bags, resulting in 9 400 and 15 600 cigarettes being found. Later, through the database, Customs officers have found the owners, who proved to be two citizens of Romania.