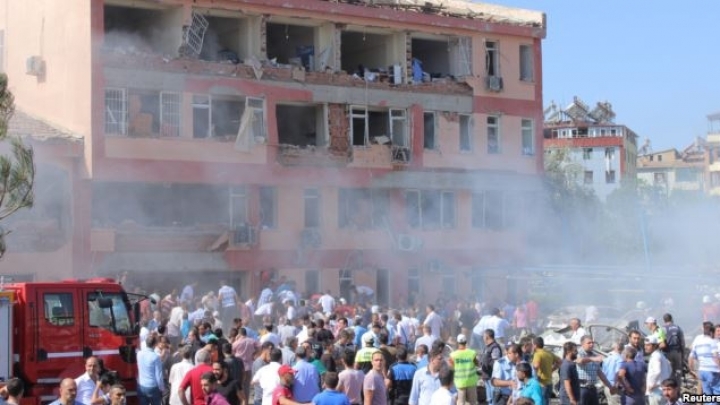 At least nine people were killed and more than 200 injured in the three separate bombings on August 18 in attacks that Turkish authorities are blaming on the banned Kurdistan Workers Party (PKK).

Earlier on August 18, a bomb exploded outside a local police headquarters in Van, killing two police officers and one civilian. About 73 others -- including 20 police officers -- were reported injured.

A few hours later, a second explosion hit a police station in Elazig, leaving three police officers dead and as many as 170 injured.