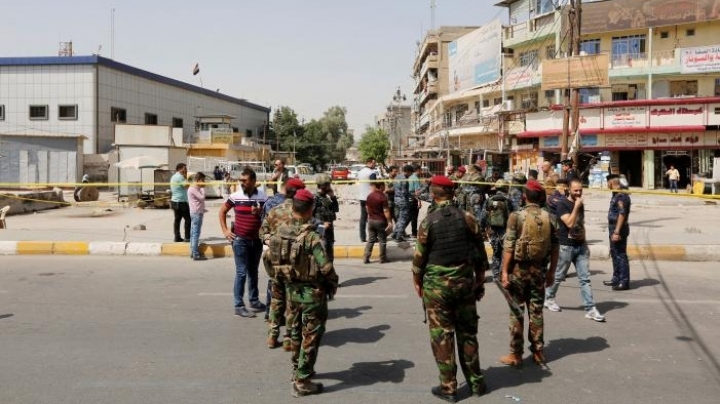 A suicide bomber detonated his explosive vest in a commercial street in the eastern al-Jadida area of the Iraqi capital, killing nine people and wounding more than 30, they said.

Another suicide attack hit a commercial street of Bayaa in western Baghdad, killing six and wounding 22, the sources added.

A roadside bomb exploded near a gathering of cattle herders and merchants in al-Radhwaniya, also in western Baghdad, killing two people, they said.

No group immediately claimed responsibility. But Islamic State has intensified bomb attacks in government-held areas this year as it loses territory to U.S.-backed Iraqi government forces and Iranian-backed Shi'ite militias.

The ultra-hardline Sunni Muslim group claimed a truck bombing in July that killed at least 324 people in the Karrada shopping area of Baghdad - the deadliest single attack in Iraq since the U.S.-led invasion that toppled Saddam Hussein in 2003.

The group continues to control vast areas in northern and western Iraq, including the city of Mosul, captured in 2014.