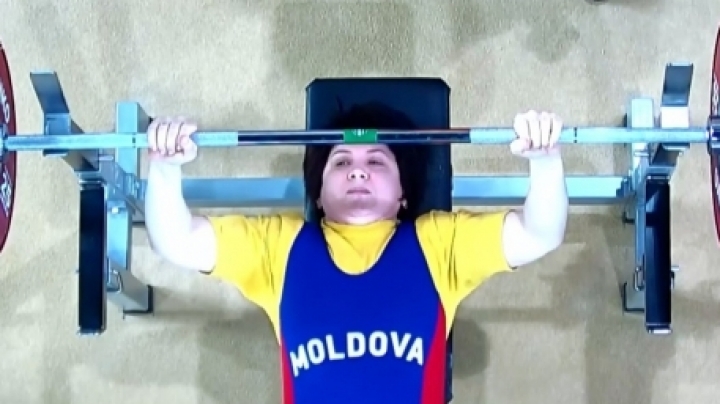 Moldova will be represented by three athletes at the Paralympic Games in Rio de Janeiro this year. Larisa Marinencova will evolve at the powerlifting sample, Oxana Spătaru will compete in throwing weights, and Alexander Covaliov will participate in the swimming competition, 50 and 100 meters freestyle sample.

For the second time in a row Marinencova will be flag holder of Moldova at the opening and closing ceremony of the competition.

This year she took the sixth place at the tournament held in the United Arab Emirates. Athletes are training three times a week on the eve of Paralympics.

"I can sense  the competition. I am absolutely aware of what must be done, but in any case we hope to do our best" , said Marinencova.

"We are aware of the medal fight. We can't say it's impossible, but it will be very difficult. I mean we plan to occupy the 5-6th place, as it will a very good result" , said coach Dumitru Prodan.

To better adaptto Brazil conditions, Marinencova will leave for Rio five days before the start of competition. Paralympic Games will run from September 7th to 18th.

"There is another climate, another time zone, plus 6 hours. That is very important for an athlete, but we think we will have time to adapt and everything will be fine" , explained the athlete.

So far Marinencova Larisa attended the last two editions of the Paralympic Games in Beijing and London.

The best result was achieved in China, where our sport ranked 8 powerlifting.