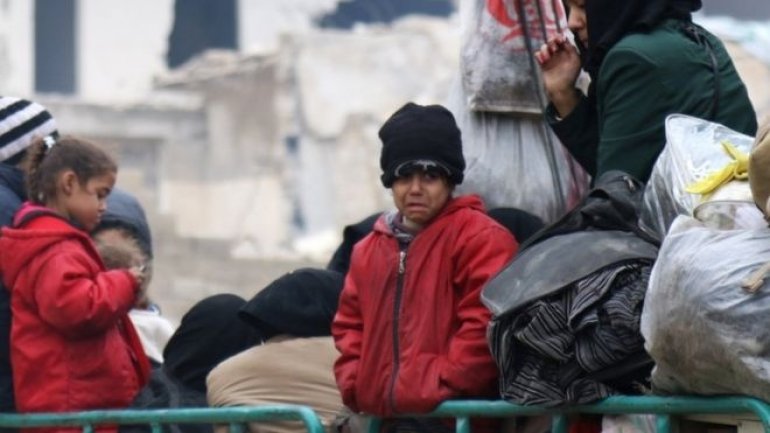 Trapped civilians and rebels are waiting to leave east Aleppo in Syria after a new deal was reportedly reached for evacuations to resume, informs BBC.

But hours after the announcement, aid agencies were still waiting for the operation to start.

At least 6,000 people left east Aleppo under a fragile truce on Thursday, but evacuations stopped a day later.

The area has seen rapid government advances in recent weeks.

As well as east Aleppo, the deal is also said to include the evacuation of two other rebel-held towns and two towns loyal to the government.

Confusion reigned on Friday morning when the evacuation, which was taking place along corridors out of Aleppo towards rebel-held areas (Khan al-Asal and Khan Touman), was stopped.

The government said rebel fighters had fired on the convoys at a checkpoint at Ramousseh. Rebels said pro-government forces opened fire.

The United Nations Security Council is expected to vote over the weekend on a French-drafted proposal to ensure the operation is coordinated by international observers, with humanitarian aid allowed into Aleppo and hospitals given protection.

Correspondents say thousands of cold and hungry civilians remain stranded in the rebel-held east of the city, waiting to be moved to safety.