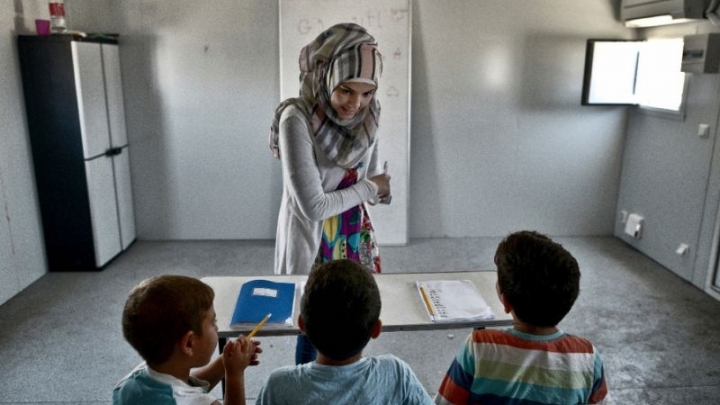 "The inclusion of all refugee children in the public school system will begin in September," Tsipras said in a televised address.

"Around 800 backup teachers will be hired to meet the additional needs" of the new academic year, he said.

Authorities have not given precise figures on how many refugee and migrant children are expected to enrol.

But out of over 57,000 people — mainly from Syria — trapped in Greece by the closure of borders further north before spring, around a third are estimated to be minors.

At a meeting with Education Minister Nikos Filis on Wednesday, Athens Mayor Yiorgos Kaminis put the number of eligible minors at 22,000.

Filis said his services were "prepared to enrol thousands of refugee children."

The children will be taught Greek and another language of their choice, he said. Another government source said mathematics will also be on the curriculum.

The refugee population in Greece is very mixed and still very unsettled, and the country's education system is underfunded after six years of budget austerity.