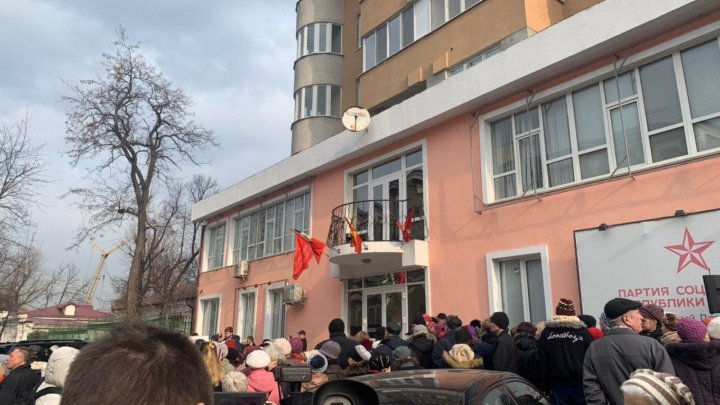 The protesters accuse the current government that all social legislative initiatives are only for shows and are proposed just in order to polish its image.

Particularly they refer to the 700 lei allowance for pensioners, that the Government sent a bill to the Parliament but didn't determine the amount nor the periodicity.

They also demand higher minimum pensions which is now 1000 lei.

According to the organizers of the protests, such actions take place throughout the day at PSRM headquarters in several localities in Moldova.