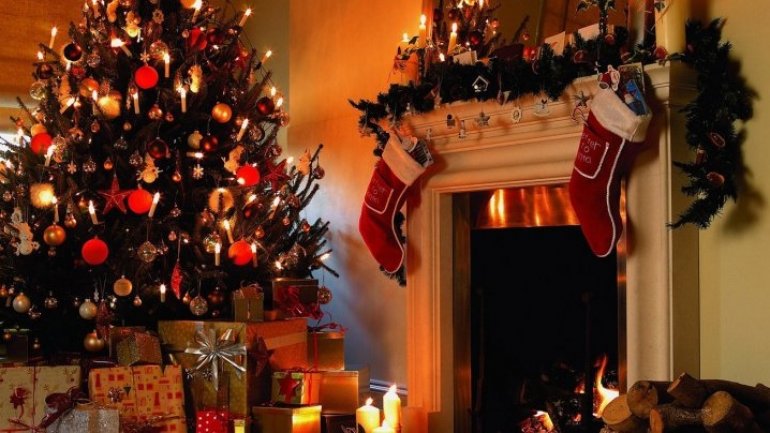 Thousands of Christians in Moldova today celebrate the Birth of Jesus in new style. The Christmas Fair reminds us the event thousands years ago.

According to the Christian theology, Jesus as the the second Adam in fulfillment of the divine will of God, was born to undo the damage caused by the fallof the first man, Adam.

The Gospel of Luke states that Mary gave birth to Jesus and placed him in a manger “because there was no place for them in the inn", but does not say exactly where Jesus was born. The Greek word kataluma may be translated as either “inn” or “guestroom”, and some scholars have speculated that Joseph and Mary may have sought to stay with relatives, rather than at an inn, only to find the house full, whereupon they resorted to the shelter of a room with a manger. This could be a place to keep the sheep within the Bethlehem area, called "Migdal Eder" ("tower of flock") as prophesied by prophet Micah in Micah 4:8.

The birth of Jesus or the nativity of Jesus plays a major role in the Christian liturgical year. Christian congregations of the Western tradition (including the Catholic Church, the Western Rite Orthodox, the Anglican Communion, and many Protestants) begin observing the season of Advent four Sundays before Christmas, the traditional feast-day of his birth, which falls on December 25.

Christians of the Eastern Orthodox Church and Oriental Orthodox Church observe a similar season, sometimes called Advent but also called the "Nativity Fast", which begins forty days before Christmas. Some Eastern Orthodox Christians (e.g. Greeks and Syrians) celebrate Christmas on December 25. Other Orthodox (e.g. The Ethiopians, Georgians, and Russians) celebrate Christmas on (the Gregorian) January 7 as a result of their churches continuing to follow the Julian calendar, rather than the modern day Gregorian calendar.

In some localities, it is an ancient tradition for the priest to go with the icon, blessing homes and Christians. Tradition says that Christmas opens the sky and is seen by the good, God sitting with the saints and angels at the table. It is said that a child born on this day will be lucky all his life.