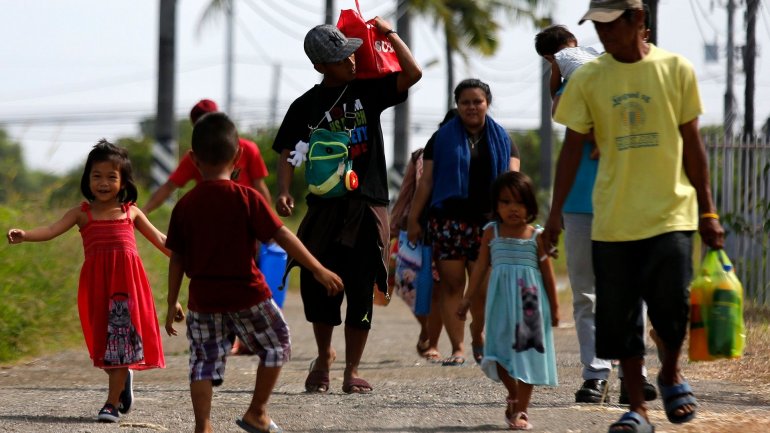 Thousands of residents were fleeing coastal and other hazardous areas in the eastern Philippines on Sunday as a powerful typhoon barreled towards the disaster-prone archipelago, informs The Guardian.

Officials warned 2.5-metre high waves and landslides posed the biggest threats as typhoon Nina (also known as Nock-ten) closed in on the Bicol peninsula and nearby islands.

“We went around with megaphones and gave instructions to our people to eat breakfast, pack and board the military trucks,” said Alberto Lindo, an official of Alcala, a farming village of 3,300 people near the active Mayon volcano.

“There are large ash deposits on the slopes. Heavy rain can dislodge them and bury our homes in mud.”

Typhoon Nina packed maximum sustained winds of 185 km/h and gusts of up to 255 km/h, and was expected to smash into the island province of Catanduanes on Sunday night.

It was then forecast to blow westward across the southern portion of the main Luzon island and pass close to the capital, Manila, on Monday, before exiting into the South China Sea. Nina may weaken after landfall and hitting the Sierra Madre mountain range in southern Luzon.

The typhoon will affect an area populated by nearly 42 million people. Civil defense officials in Bicol said earlier nearly half a million people in the region were in harm’s way and needed to be evacuated.